A Different Kingdom by Paul Kearney

A Different Kingdom is the tale of Michael Fay, an orphan boy growing up on a farm in Ireland. It's a time when rural life still feels eternally static, but is actually on the cusp of big changes. A farmer in his village buys the first tractor, and while horses are still the most popular beasts of burden and means of transport, there are cars, too...

But that is backdrop. Really, it is the story of a boy stumbling towards, into, and out of, an eternal, mythical forest. At first, Michael notices things in the woods around his farm, and by the river, things glimpsed only momentarily out of the corner of an eye. He's still a small boy then, and though he gets into trouble, that trouble mainly takes the form of a beating for ruining clothes while falling into mud.

The other place (and the creatures from that other place) initially have very strong competition for Michael's attention: his aunt Rose is a girl / young woman, a sensual, unabashed one, and even though he is very much a child, he is fascinated by her. It's only when Rose disappears from his life that the forest begins to claim him in earnest. And in the forest, there seem to be wolves...

There are many books about characters who stumble into other worlds. Few treat the matter with as much seriousness (and thought) as A Different Kingdom. It's the sort of novel which could probably be marketed as `literary' or among the most ambitious of the fantasy genre. It's rich with themes like adolescence, first childhood sensuality, fascinations, and it treats the journey into another place as something with a real and lasting psychological impact. The prose is masterful, drifting into a rich mythical voice in the other world (and when its characters speak), but grounded in real Ireland (and later, London) when it needs to be. And the characters are complicated and believable.

It's a novel reminding me of Alan Garner's work (The Weirdstone of Brisingamen, The Owl Service), and of Robert Holdstock's Mythago Wood - eminent classics. I do believe A Different Kingdom will take its place among those, and I could easily imagine it winning awards. It does not feel quite as self-conscious as Mythago Wood though: Different Kingdom is not a tale of scientists investigating myths, analysing myths, being absorbed by myths. It's a tale of a boy/man having an adventure with and through a mythical environment, which are simply treated with seriousness and respect.

Its richness does mean that it commands your attention, and its narrative structure is not optimised for thrills and pace. It's a gradual, immersive novel, but definitely not a thriller. (After all, you almost always know that Michael will survive, simply because of the way the story has been intercut from different timelines). It's also a novel with a protagonist who is not always impressive. Michael the orphan boy has our undivided attention and sympathy. Michael the teenager is a bit full of himself. Michael the quest obsessed man is stubborn, wilful, and not the most cheerful company. Michael, the tired Londoner is not the hero type. It's a novel where the gradual erosion of likeability of the protagonist works against the flow: it's uphill reading. It's definitely worth persevering with, but it's not simply a cheerful little piece of escapism. Perhaps because of its complexity and less than perfect hero, this novel feels real and authentic, despite its mythical beasts and lands.

Rich prose, thoughtful plotting and intelligent writing make this a worthwhile read, but also a bit of an acquired taste. I'd recommend it for fans of Alan Garner, Robert Holdstock and Jo Walton. 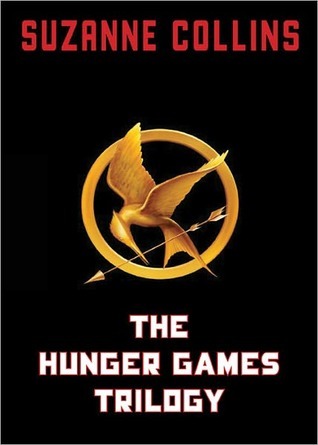 The Hunger Games Trilogy is the latest YA novel fad to make gazillions on cinema screens. If it hadn’t been for a £1.99 special offer on Amazon Kindle, I would never have bought them, but at that price, I figured I’d give them a chance.

I’ve seen the Hunger Games movie, and found it fairly forgettable but entertaining enough. Re-watched it just before reading the novels, and so it was quite fresh in my mind when I read the book. The movie is very close to the story, with only relatively minor alterations. Nevertheless, the book was gripping: as the books are told entirely in first person, you never get the same overview that the movie occasionally offers. Certainly the motivation and methods of the Games Makers are a lot less transparent in the book.

After all this preamble, a brief summary: In Hunger Games, Katniss Everdeen, kick-ass teenager who poaches in the (forbidden) forest, volunteers to take her little sister’s place at the ‘Reaping’, when one boy and one girl from each of 12 districts is selected by a draw to represent their district in a gladiatorial death match in a gigantic arena, for the entertainment of all, and as a punishment for a rebellion of the districts that happened generations ago. After a bit of mentoring and training, she’s put in the arena and battles it out with the other teenagers.

Of course, the action bits are only half the story. The other half is a love triangle, and in particular, the star-crossed lovers angle, as the male tribute from her district, Peeta, is hopelessly in love with her.

The Girl on Fire is the tale of how Katniss has, through her fame, become a bit of a threat to the rulers of her world, so they throw her into the Hunger Games a second time.

The Mockingjay book is then a tale of revolution, which Katniss experiences as a figurehead / symbol, manipulated by power brokers.

I’ll be honest, the unputdownability ended with Hunger Games. The other two books were increasingly grim and a bit unpleasant, with much less narrative tension and drive. They were still very readable, but not really all that exciting, not in a popcorn entertainment way. You get the sense that the books want to say something meaningful and make a point, but simply don’t have anything really important or new to say. Politicians are devious and selfish. Dictators are cruel and evil. Our consumerist society is shallow and selfish and blind to suffering around us. Oh, really?

The books make me get all analytical. And grumpy. I can’t help thinking that we are witnessing the beginnings of a new literary era, the rise of a female hero with a thousand faces. Except, the skeleton is different when compared with the male hero, and I don’t like it much.

Campbell’s hero with a thousand faces is a fairly simple template: young man, emerging from adolescence, receives the news / gift / finds something which makes him special, a chosen one. (The Force. A dragon’s egg. A treasure map. A magical ring) Along with the gift comes a mentor figure (Obi Wan. Gandalf. Yoda.). His all-too brief guidance is cut short and the mentor taken away. Is our hero ready to face The Big Bad? Well, of course, it turns out that he finds within himself the resourcefulness and wisdom that his mentor tried to spark, and so he defeats the baddie (and usually wins a girl as a reward, unless he’s Frodo, in which case he wins Sam). It’s the template for Star Wars, Eragon, Lord of the Rings, and about a million other male-hero-tales. It’s simple to the point of being rather dumb; women don’t really feature except as damsels to be rescued or as prizes to be won. To this day, it’s still used frequently by writers and storytellers and film makers, because it tends to be financially successful.

Up until now, the only female template that I can think of which matches its popularity would be the Cinderella story, which, let’s face it, kinda sucks, from a gender equality point of view. (Cinderella being passive, docile and hard-working: it’s only through the magic gifts of a fairy godmother and the perseverance of a prince chasing after her that that story ends well. Cinderella's main achievements are household chores and an inability to keep the time properly, and a slight fascination with shiny shoes.)

Hunger Games and some other recent stories (including, I suspect, the Twilight series, though I’ve only read one of those) are starting to establish a female equivalent of the hero with a thousand faces. Here’s a rough outline: kick-ass beautiful girl, emerging from adolescence, receives the news/gift/finds something which makes her special, a chosen one. (Become a tribute. Smell really delicious to vampires. Being a shy interviewer of billionnaires). Along with the gift comes a love triangle: at least two men desire her most desperately. She can’t make up her mind, so she strings both of them along. There’s some ass-kicking, and everyone keeps saving each other’s lives a lot. Eventually, our heroine vanquishes the Big Bad after plenty of personal sacrifices along the way, and chooses one of the men who have been fawning over her (usually, two main ones, with perhaps a few lesser ones showing temporary interest).

It’s definitely a better template than cinder-f***ing-ella, in terms of the confidence it is meant to imprint on its female readers (look girls, you can be kick-ass, too!). But here’s what I hate about it: the sentence that says ‘she strings both of them along’.

Oh, sure, Hunger Games comes up with a convenient world where suddenly her life (and that of both her aspiring lovers) depend on her stringing the guys along, but that’s just writers dressing up the underlying structure that is slowly settling in. 0-21st century men are taught that real heroes battle evil and win a girl. 0-20th century women were taught that heroines are good little home makers and let themselves be conquered by a charming prince. 21st century women are taught that perfect heroines are desirable women who string along various men until they can pick from a buffet... out come the make-up, the figure-revealing dresses and presumably some shoes (to its credit, Hunger Games never features any noticeably obsession with shoes; sadly, the same cannot be said about dresses)

It’s lady-porn, isn’t it? It’s the female equivalent of those music videos where some up-himself pop star is surrounded by dozens of women prancing around in their underwear, except that women are supposedly more responsive to emotional stimuli rather than visual ones, so our up-herself heroine gets to be surrounded by dozens of devoted men (who may or may not prance around in their underwear, but who certainly get all vulnerable and gooey around her, unless of course they're billionnaires, in which case they get all kinky).

The male hero with a thousand faces is not a romantic hero, he’s an action hero. The female one is not really a romantic hero either – being manipulative, emotionally promiscuous and disloyal is hardly the stuff of romance – but it is dressed up as such, and, one presumes, interpreted as such by its readers. So, on a very fundamental level, I don’t like the template, and I can’t say I found this trilogy entirely enjoyable reading.

But the writing is competent, simple, and mostly pacey (very pacey in the first, a bit slower in the second and, pace-wise, borderline cumbersome in the third), so it's diverting enough.

I rather liked the angry, ugly cat: by far the most appealing character of the entire saga.