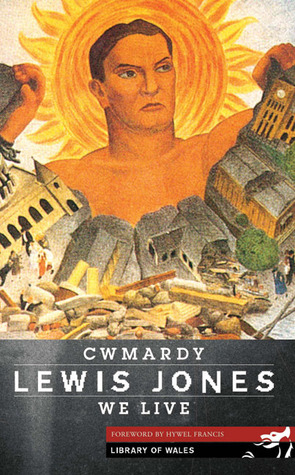 So, a communist activist, miner, public speaker and thinker in the 1930s is encouraged by friends to write a working men's story of the Welsh valleys, to give the world a glimpse at what it is like to live there and then, for regular people. The result is Cwmardy. (I have not read its sequel, 'We Live', included in this double bill)

The book has a lot going for it. Or rather, it should have a lot going for it. The story is told in easily accessible language; it features sex, violence, war, intrigue, conspiracies, high drama... purely in terms of "stuff happening", the novel is not that far off a thriller.

Then why is it so boring?

The answer is simple. Unfortunately, this novel is basically a soap opera set in the Welsh valleys. Stuff happens, but it's the story of (fictional) people's entire lives - not the story of a single, thrilling part of their lives. The book simply does not have the structure of a story, but is instead a neverending, eye-on-the-wall list of events.

A thriller thrills by giving us cliffhangers (usually at the end of chapters) and plot twists, revealed with impact and panache. The author of Cwmardy does not do either of those things - in fact, each chapter title gives away what the chapter is about. Chapter titles herald the plot twists, rather than setting up any kind of tense anticipation.

Meanwhile, our characters basically just want to get on with their lives. They don't seem to have big dreams and ambitions. Their struggles are, for the most part, everyday ones rather than anything exceptional enough to make a novel exciting. Even when they experience dramatic events, these are somehow narrated in such a matter-of-fact way that they aren't brought to life. They're also fairly flat characters.

Big Jim is a friendly, strong oaf, always ready to be a bit rough. Len is a more physically fragile, political young man. His mother is a mother hen, pecking at Len and Jim but ultimately always there for them. Ezra is a leader figure with doubts. Mary is intelligent. Jane likes boys. The characters all have their functions, but rarely have moments when they come across as fully human. For me, the one outstanding moment of humanity was when Len had to deliver the news of a death to the wife of the dead miner: standing at the door, he chokes up at her expression of horror as she guesses a tragedy has occurred, and tells her that her husband had a "little tap" but would be alright soon enough (even though the miners carrying the body can't be far behind). It is a rare moment that seems complex and human and unpredictable. The rest of the novel is only rarely unpredictable.

It's a book that sets out to tell what life is like for Welsh miners in the early 1900s. It does not set out to entertain. It wants to make points, and as such, it is functional, matter-of-fact, sometimes preachy, full of characters that are walking illustrations of arguments rather than people in their own right. The end result is a boring narrative that is often predictable and never entertaining... basically, it's about as rewarding an experience as walking into a small local town museum, with its faded black and white photographs and a few pickaxes in glass cabinets. If you feel excited about Welsh mining heritage, this book is for you. Perhaps even if you like endless soap operas. I don't have any fondness of either, so it really wasn't a book I'd recommend.

(To its credit, the book has some quite harrowing / affecting passages, and, especially early on, quite a few uncomfortable scenes of brother-sister intimacy - but once Len starts working in the mine, the novel is just a lengthy slog with axes to grind and points to make. Even the worst possible workplace harrassment / bullying for people to join a Union is glorified as harmless prank / a justified way to teach a lesson.)