The People in the Trees by Hanya Yanagihara 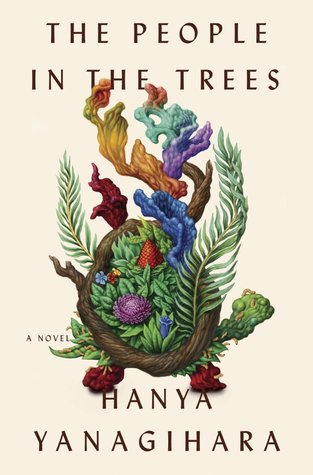 Looking back, I wonder why I pre-ordered The People in the Trees. I guess the marketing blurb must have worked. I like to think that I can be enthused about "challenging and visionary literary fiction", that an "astonishingly gripping and accomplished first novel" would excite me, that "an anthropological adventure story that combines the visceral allure of a thriller with a profound and tragic vision of what happens when cultures collide" would be the sort of book I could enjoy.

Part of the problem is the way all the major plot points are revealed in advance. If you read the blurb and the prologue / preface / start of the framing of the story, you will know every significant story development before the first bit of narrative starts. That is not the way of thrillers, and it is not the best way to tell of adventures. (Some adventure stories do give you a gist in advance - but they leave enough details for the main story to thrill you with. This book does not leave such room for excitement: it really does give you everything that's interesting in advance)

Fine. It must be the writing voice, then, which bewitches and seduces you, takes you away from your own life and into another. Right?

Well, our narrator is a scientist. He's a callous, hard-to-like, arrogant and judgemental man. But his tone of voice is matter-of-fact and the reading experience is roughly comparable to reading a very long Wikipedia article. (A summary at the start, and then fact upon fact upon fact). Don't get me wrong: there is craftsmanship involved in creating an authentic-sounding piece that could have been written by a scientist, and the writer of this novel has achieved a well-crafted, authentic-sounding work. It just isn't all that enjoyable as a reading experience.

Our protagonist, meanwhile, is exactly the sort of scientist that non-scientist creative types like to imagine. He's judgemental and arrogant, but without actual merit - his Nobel Prize winning discoveries are through pure luck rather than skill. In fact, his skill at science is very mediocre and he is not very academically gifted. He's dedicated to logic and thinking and sense, but unable to understand himself. He's callous, a force of devastation and faintly sadistic: early on, he describes working in a laboratory, on experiments he does not understand, as lowly undergrad doing menial tasks. Of these tasks, it is killing the mice which he enjoys most - flinging them in circles by their tails until they are dazed, then breaking their necks with his hands - and he describes, with some glee, how he used to kill them in bulk by swirling many mice simultaneously. It's the sort of nonsense that breaks the suspension of disbelief - not because I cannot believe in casually sadistic men, but because I don't think that this method of killing mice would be particularly popular, nor even that it would be particularly easy to accomplish. It simply reads like a fantasy of someone who distrusts, resents and secretly envies scientists.

Despite its lack of enjoyable qualities, the novel is a detailed character study. Much of it feels authentic, and the number of scenes when authenticity is missing entirely are fairly limited. (Of course, these scenes revolve around the medical mystery, and the 'science' inside the novel is ludicrous beyond belief)

So, writing of decent craftsmanship, lots of detail, some authenticity, but no joy, no thrills, not much adventure - and nothing particularly visionary or thought-provoking. This is not the novel I expected from the blurb, and it is not a novel I would recommend.

(For some reason, the entire book kept putting me in the same mood as The Testament of Gideon Mack, so if you like Gideon Mack, then chances are, you may also appreciate this novel. It might also appeal to fans of Measuring the World)