The Little Book of Cardiff by David Collins & Gareth Bennett 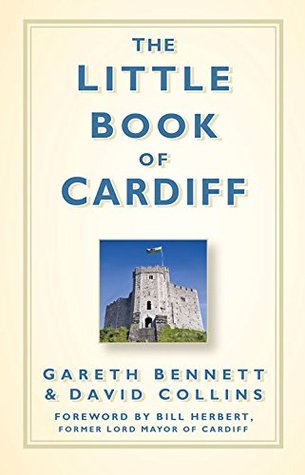 While preparing a great visitors' guide to Cardiff, I tried to read as many books about Cardiff as I could find. They range from some quite poor and long-outdated tourist guide books to dense texts about local heritage (interspersed with many B&W photos), via an entire series of almost impenetrable, rather pretentious stream-of-consciousness ramblings through the city written by a 'Beat Poet', whatever that is. So I was quite curious when I read that a new 'Little Book of Cardiff' was about to be published (it hit the shelves shortly after my own guide e-book hit the wires). It looked like just the sort of thing I was producing myself: accessible, light-footed, bringing the city to life without getting too obsessed with historical details...

Broadly speaking, the book delivers on those promises. It's excellent at the ancient history of Cardiff, and telling the highlights of the distant past. Things do get a bit bogged down later on: the sports section is almost entirely pointless and boring, unless you are a sports fan (the bit about baseball was interesting though), and the list of cinemas / gigs / pubs that used to exist is basically a nostalgia-fest for the middle aged / older folk.

In the end, the book didn't tell me a whole lot of new things, and the thing I'd hoped for the most, factoids and quirky anecdotes, were thin on the ground. It's not a bad Little Book of Cardiff, and pretty good at making history accessible, but it's not consistently interesting all the way through.