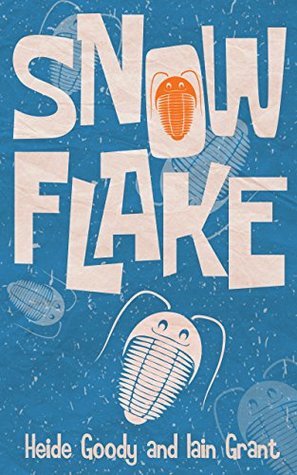 Snowflake is a comic fantasy novel about Lori, a young millennial woman who finds, upon returning from a holiday, that her parents have sold the house, moved out, and kicked her out in absentia. And then magic shit starts to happen...

As comic fantasy novel, Snowflake gently bumbles along as Lori flounders from one disaster to another, raising chuckles and smiles. Lori is an amiably inept protagonist, likeable because she is naive and silly. The story, meanwhile, is a bit bewildering. For a long time, the plot can't decide whether it's about Lori's troubles with adulting, or about the magic stuff that adds a different dimension of chaos. It tries to do both, but with the result that it feels like neither strand is driving the story forward.

"Snowflake" is a term used a lot these days, often in online flamewars. My understanding was different from the authors' - I thought it's a derogatory term about overly sensitive, overly PC people who go on about trigger warnings and safe spaces a lot. The authors seem to have interpreted it as a term about young millennials who don't grow up, don't move their life into the phases of job-marriage-housebuying-children that traditional adulthood expects, but who loiter somewhere in a post-uni limbo of living in houseshares or with their parents, halfheartedly chasing dreams but ignoring careers, having relationships but nothing too serious or long-term. Lori certainly never seems to have any strong opinion or any obsession with safe spaces, which was a bit of a relief.

Comic fantasy is a genre that lives in the shadow of Terry Pratchett. I remember trying to write like him back when I was a teenager, and the huge plethora of books that were touted as "the next Terry Pratchett" at the time. Snowflake is one of those books that reads like Pratchett-light. It's amusing, but not a substitute for the master.