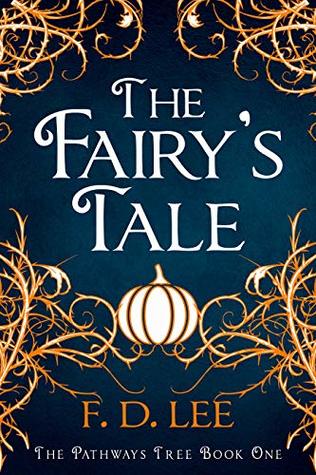 The Fairy's Tale is a humorous novel about Bea, a fairy who works to ensure that fairy tales go according to plan. Bea herself, meanwhile, dreams of being promoted from a watcher to a manager (i.e. a fairy godmother), allowed to interact with the characters (humans) rather than just being an unseen force that applies minor nudges.

In her home world, she faces daily discrimination against cabbage fairies and the Kafkaesque reality of a fairy nation managed by a dystopian bureaucracy obsessed with narrative structures (and complete with tyranny, nebulous enforcers, public ºredactions" that are the executions of fairy souls, leaving behind empty husked zombie fairy slaves). And, when she finally gets her big shot, she has to battle with a cinderella who fancies a farm boy, an ugly stepsister who is a vegetarian, a political activist, and who leads a rebellious protest in the woods, a toff king who means well but is utterly gormless, and a grand vizier / royal adviser / mysterious stranger who appears to have his own designs on the direction of Bea's plot...

Fairy tales lend themselves to a certain postmodern smirk, of course. Even Disney rarely dares to tell one straight any more - we get re-imaginings that star the (previous) villains, we get tales that punch holes into fairy tale logic, we get Shrek, Enchanted, Hoodwinked, and live-action reshoots of animated movies where half the pleasure isn't the story, but the cosplay reenactment of a visual text everybody knows. So, The Fairy's Tale does not  exactly tread new ground with its approach of punching holes into well known tales. On the other hand, we readers still love the aesthetic of fairy tales, so it's still fertile ground even if it is not new.

Bea's adventures, however, struggled to maintain my attention. The text's humour was pleasant if mellow, and I rather liked Ana, the ugly stepsister. But somehow, the book felt unpolished. OK, so it could have used a proofreader (the spelling was fine, but there were quite a few places where words were missing, or superfluous words were still in-text, or two half sentences joined together with an overlap). But that alone does not explain why the book felt lost. Perhaps there was something slightly neurotic about the writing, or the dialogue. Perhaps the exposition and world building was paced wrong. Perhaps some plot developments and some characters felt a little too improvised. Perhaps it was too long. All I can say is that the book felt like an early draft, not like a finished product, and somehow this jarred and detracted from the reading experience.

The Fairy's Tale is not a terrible novel, nor was it ever going to be a great, memorable read. Somewhere inside it, there is a pleasantly fun diversion, but for now, the story is still too half-baked to recommend it.