Review: The Steerswoman by Rosemary Kirstein 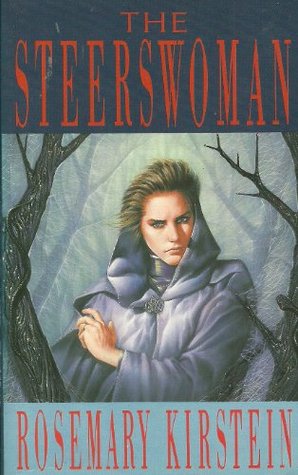 The Steerswoman is a women-centric fantasy novel, first published in 1989. It seems to have been way ahead of its time, and it feels very contemporary.

Rowan is a Steerswoman. She belongs to a group of women who dedicate their life to knowledge and information. They have a code: anyone can ask them any question, and they will answer it to the best of their knowledge. In turn, if they ask someone a question and get a dishonest answer or a refusal to answer, they put a ban on that person and never answer their question again. Rowan travels the world, observing, researching, trading information. Steerswomen are like Wikipedia and Google rolled into one, in a pseudo-Medieval fantasy world.

Their opposite are wizards. Wizards keep secrets. In fact, a lot of the magic that wizards do looks suspiciously like it is based on secret knowledge, skills, technology, rather than inherently magical.

Most (but not all) wizards are men. They treat regular people with disdain, and they live in secret or not-so-secret strongholds, forming loose alliances, competing with each other for territory and power, and occasionally fighting entire wars. Wizards trust no one, least of all each other.

Most (but not all) steerswomen are women. They share knowledge, form a loose sisterhood that spans the world, and treat each other (and all people) with respect and openness (until someone acts against their interests). Steerswomen rely on each other and the power of cooperation.

So yes, this novel feels contemporary and absolutely relevant. It does not feel like a book written before the internet was even invented.

But enough about the setting. This is really a novel about Rowan, a Steerswoman, and Bel, a warrior women from the Outskirter tribes (barbarians...), travelling together and going on a quest. When they meet, Rowan is trying to find out about a certain kind of blue gemstones, which seem to have mysteriously appeared in the world about 35 years ago. Rowan asks a lot of questions of an Innkeeper, and Bel is there with a few people from her clan. Intrigued by the Steerswoman (and curious about the rest of the world), Bel offers to join Rowan on her travels, and curious about the Outskirter, Rowan agrees. Not long after, they are attacked. Then, things get worse, and Rowan starts to suspect that someone does not want her to find out about those blue gemstones...

I loved the book, from the start to the end. The novel is not all fluffy and cuddly: people die, even children. Tragedies and atrocities occur, and moral ambiguities, too. But our heroes don't mope and wallow: they know how to move on, and do. It's swashbuckling adventure at its best.

The Steerswoman is a brilliant start to a series. It's satisfying on its own, and the friendship at its heart feels stronger and more interesting than other buddy/bromance fantasy quest novels (such as Lankhmar or The Elephant and Macaw Banner).