The Twyning by Terence Blacker 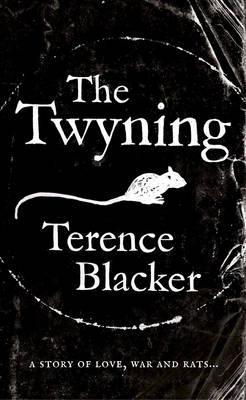 The Twyning is set in a small British town in Victorian times. There, a kindgom of rats lives in the sewers, while, in the town above, an obsessed scientist is intent on launching a war against rats.

The novel alternates between telling the story of Efren, a young rat, and Dogboy, an urchin who earns pennies working for the scientist and the town's rat catcher.

It's rare to read a book starring rats, which makes this an instantly original and off-beat story. It strikes an interesting balance between animalistic and anthropomorphic qualities when telling the rat's view of events. Physically, on the outside, they are definitely rats, their movements and actions described in prose that skilfully draws them very much as rodents. Internally, however, they are not quite so different from humans. True, they can get much more absorbed by tunnel vision and be of a very singular purpose in a crisis, but when not in crisis, they are part of a kingdom with different courts, different vocations, intrigues and power plays... This combination gives them a slightly surreal aspect - it reminded me a little of the way the Fantastic Mr Fox movie combined savagery with civilisation...

I would have preferred it if the rats were more animalistic in their minds - they don't come close to the benchmark set by the amazing In Great Waters for having convincing non-human intelligent characters. I also felt some of the monologuing was a bit unnecessary and un-ratlike. But neither of those things are at the heart of the story. At its heart, this is the tale of a brave young rat trying to find, and later decide, his place in the world. It's also a love story, between Efren and Malaika, a female rat who is not merely a love interest, but very much her own rat with her own perspective and motivation.

The human tale, meanwhile, is one of urchins and underclass people struggling to create a place for themselves in a world that sees no value in them. Oh, and that is a love story too, though not romantic love.

The byline on the book, "A story of love, war and rats" is a perfect summary. The love between different characters is palpable and utterly believable, utterly heart-warming and sometimes heart-breaking. The story of war is, essentially, satirical in the human narrative, but a struggle for survival and against genocide for the rats.

I thoroughly enjoyed this book. It's original, quirky, and heartfelt. It's fast-paced and a page-turner. I would highly recommend it to everyone (except those with a strong phobia of rats).