I sent out the following by email to everyone yesterday, but thought I'd quickly post it in case I missed anyone or in case the email got disappeared by any spam filters:

Tuesday's Meeting: It was "klein aber fein" as they'd say in Germany - a nice meeting, a little small in numbers (3 people in total). But all three of us intend to go on and books were suggested!

Sunday Meeting: For anyone who couldn't make it on Tuesday, or who wants to meet other people interested in scifi/fantasy literature, there'll also be a chance to meet up this Sunday, 8th March, at 3pm, in Waterstones Cardiff, in the Cafe upstairs. The book for discussion is still Lock In.

Next Books: The easiest way to pick upcoming reads is for those who (intend to) attend our book club meetings to suggest a book each. Rather than have votes, I'll just put them in a queue. So far, three books have been suggested. If everyone's okay with this process, we'll alternate between Scifi / Fantasy books. I'll send out a list after the Sunday meeting. In the meantime, feel free to suggest a book on FB, Goodreads, my blog, by email or in person.

Next Meetings: As the number of people who showed up on Tuesday was actually smaller than the number of people who told me they'll show up on Sunday, I'm now thinking we'll meet on Sunday afternoons in future. That would mean the next few meetings would be scheduled for 12th April, 10th May, 7th June, etc, but I'll confirm after the meeting on Sunday. It's also possible that the meeting venue will shift towards Roath, but again, I'll see what the people on Sunday think about that...

Goodreads: It was suggested that a Group on Goodreads would be nice, so here it is: https://www.goodreads.com/group/show/158541-cardiff-speculative-fiction-book-club

Your Email Address: I may have been overthinking my approach to email by BCC'ing everyone. So, from next week onwards, I'll simply put addresses in the "To:" field, which means all of us can use "Reply All" and it won't be just me talking at everyone. If you don't want me to include your address visibly (or if you want me to stop emailing you entirely), please let me know by the end of the week! For info, there are currently 15 email addresses on the list.

Other Meet-ups: Would you like to organise any outings that might appeal to people who enjoy science fiction and fantasy? Cinema trips, theatre performances, book festivals, conventions, exhibitions? Please do get in touch & suggest things – I'd love for others to help out / organise things / suggest stuff. (That's why I set up the Facebook Group & Goodreads Group and why I'll change the way I send emails). For inspiration, I've put together a list of various things below.


Upcoming Events that may be of interest to SF/F readers:

(Mostly local, but I also included a small number of further afield ones, just in case)

If you're not yet on the mailing list and you want to get involved with the book club, please visit the Cardiff Speculative Fiction Book Club page and sign up for email updates! 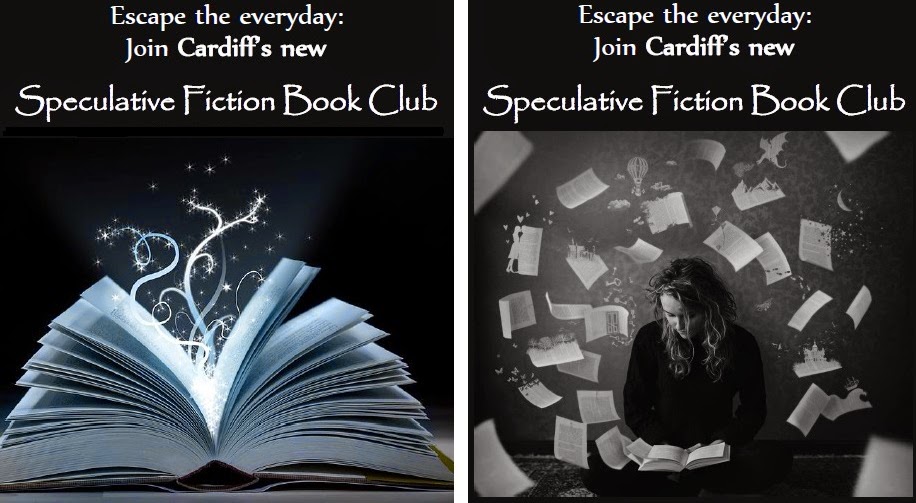